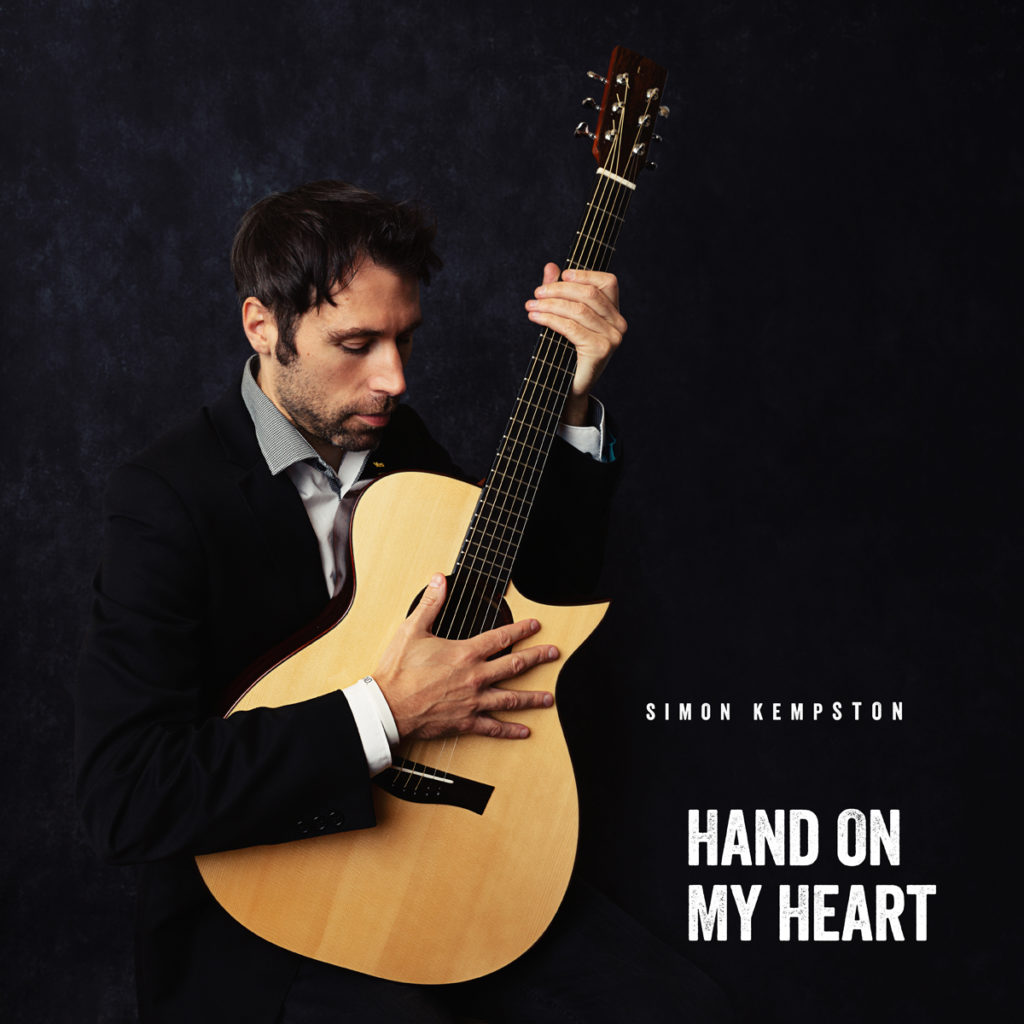 Simon Kempston is ‘one of Scotland’s very best songwriters’ (The Sunday Herald), a composer and leading fingerstyle guitarist based in Edinburgh, Scotland.

There are very few artists who manage to create a sound on an acoustic guitar which is distinctive, instantly recognisable. Simon’s complex finger-picking style, which draws from the disparate genres of classical, celtic and blues (amongst others) confirms he is certainly one such artist, his subtle style providing the perfect accompaniment for his rich, powerful and compelling tenor vocals.

His outstanding songs showcase thought-provoking, inspiring poetic lyrics which often sidestep the usual themes of love and attraction, in favour of offering crucial, important political and social commentary. Fascinations with architecture, travel and English literature have all informed his impressive lyrical style, words which can stand alone as poetry in their own right apart from the music.

Live performances are well-known for their intensity, Simon’s true passion for music and songs shine through in his critically acclaimed shows. With more than a decade of international touring behind him in 31 European countries, Siberian Russia, Uzbekistan (the first Scottish artist to do so), Canada (6 tours) and New Zealand, he has performed at a countless number of esteemed venues, festivals, and on a plethora of international radio and television stations.

Simon’s latest album (his eigth as a singer-songwriter), saw him reignite his relationship with Ian McCalman as producer and it is his most honest, direct and heartfelt collection of songs yet, the perfect companion piece for these troubled times. ‘Hand On My Heart’, released in late 2020, showcases his sheer talent for songwriting of the highest order.

Never one to follow expectations, only his prolific, creative muse, in early 2020 Simon released his fourth guitar instrumental album, a four-part suite for solo acoustic guitar entitled ‘In Gratitude of Solitude’. Immerse yourself in the soundscape of this incredibly talented performer and allow his beautifully crafted music to transport you on a uniquely Scottish journey.