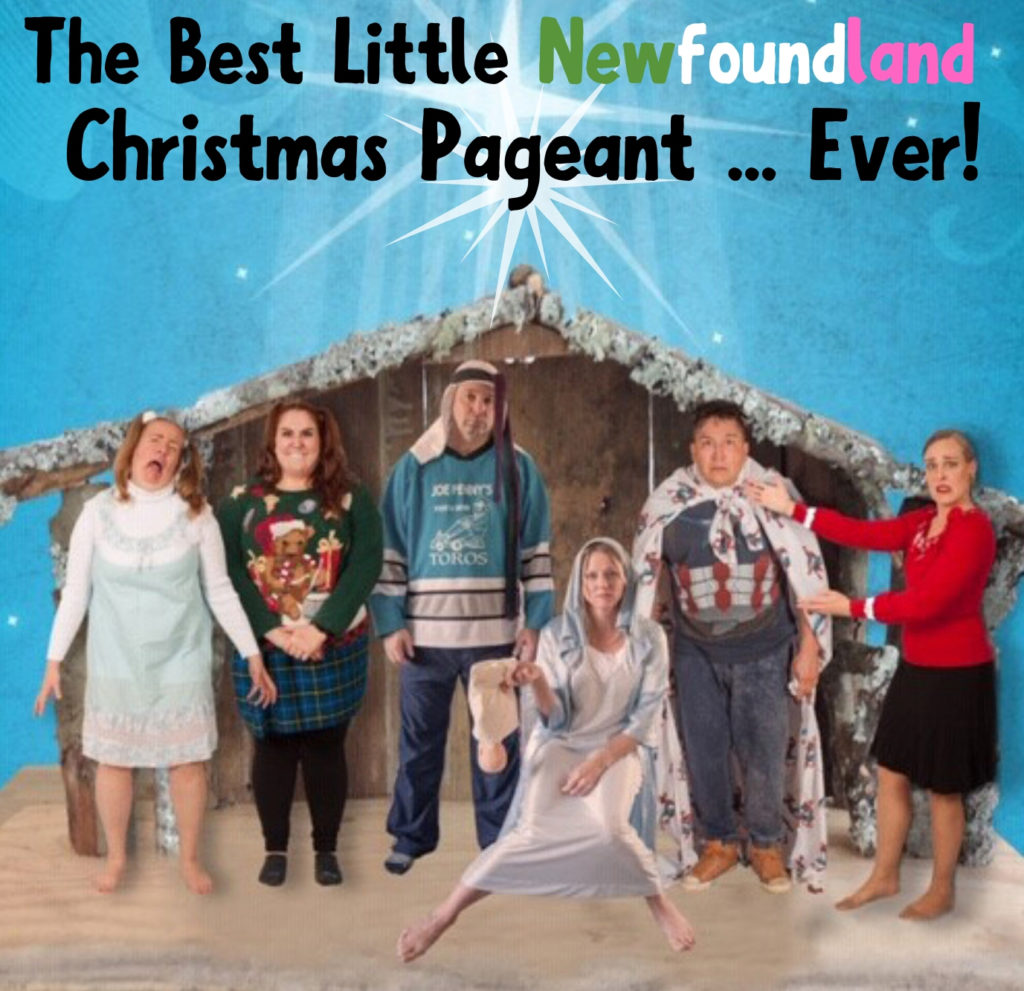 It’s a Theatre Take Over Like No Other! December 7 and 8, 2019 Whizgiggling Productions brings their hit comedy The Best Little Newfoundland Christmas Pageant….Ever! to the KMSC Law Performing Arts Theatre. Hilarious and fun for the whole family !! Performances at 2 and 8 pm on Saturday. Only one performance on Sunday at 2 pm. This cast has been performing the show in different Albertan Cities, with this being their 10th Anniversary! Get ready for a nativity story like you’ve never seen before, filled with music, laughter and the spirit of Newfoundland”

Set is St. John’s, Newfoundland, The Best Little Newfoundland Christmas Pageant….Ever! is seemingly a dull task for Mrs. O’Brien, who has been put in charge when the original leader, Mrs. Armstrong, hits a moose with her car. What could be so hard? It’s always the same pageant, with the same Mary and Joseph and the same Christmas carols, but no one was expecting the Herdmans to show up for the auditions! The Herdmans are “the worst kids in the history of the entire world” who don’t know anything about Christmas, beyond the hamper they get every year, and have only showed up because they heard there were free refreshments. What has the potential to be the worst Pageant ever turns out to be the best one as everyone learns the true meaning of Christmas.