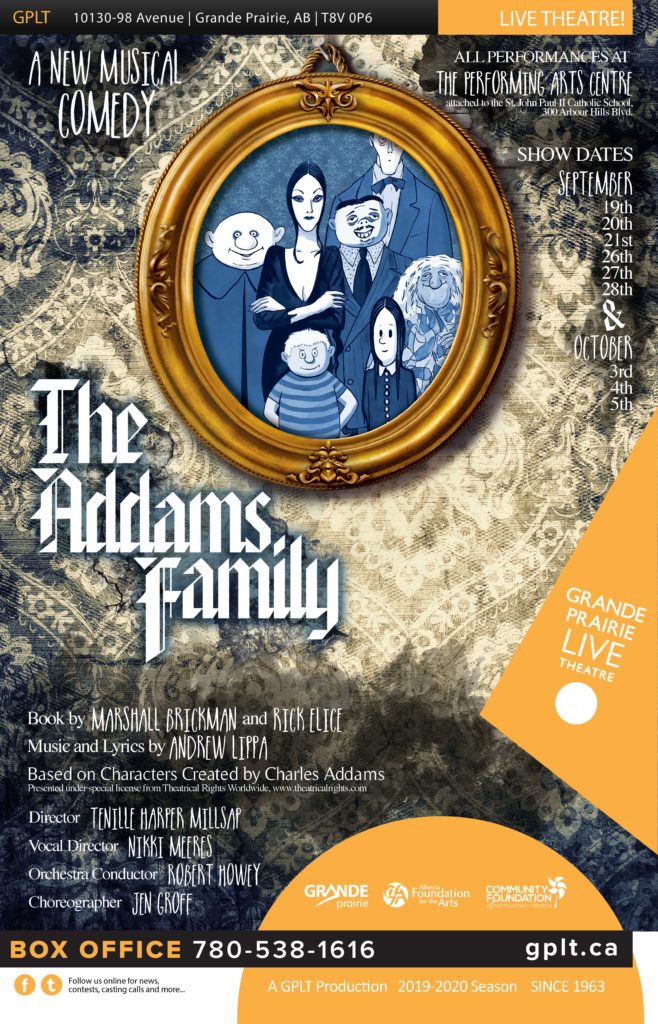 Get ready for the most bizarre yet loveable next door neighbours you have ever met.

The Addams Family Musical runs from September 19 to October 5, 2019

The Addams are a weird family to say the least. But they are nothing if not loyal to each other. When Wednesday Addams confesses to her father that she is dating a normal boy and he and his parents are coming for dinner he is shocked. When he finds out they are engaged things get even more tense. Forced for the first time into keeping a secret from his wife Morticia, Gomez Addams must try to keep the peace between a suspicious Morticia and wonderfully normal couple who have come over for what they thought was a perfectly normal dinner with their sons girlfriends family.

Presented through special arrangement with and all authorized performance materials are supplied by TI1eatrical Rights Worldwide. I 180 Avenue of the Americas. Suite 640. New York NY 10036 www.theatricalrights.com