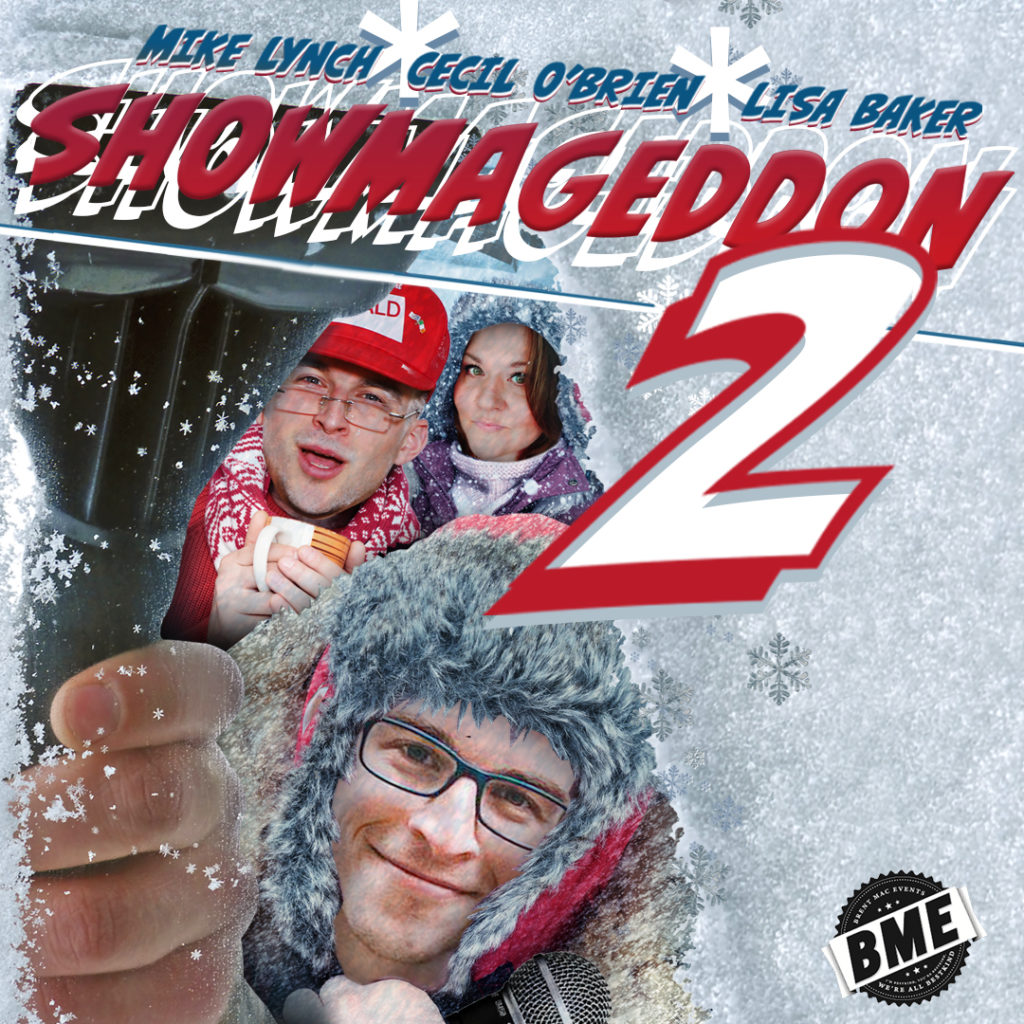 SOLD OUT !!!!
Showmageddon 2 is coming!! To GPLT March 22 @ 7:30 pm! The Second Coming of Showmageddon is going to be the COMEDY Hit of 2022! No Holds Barred Comedy!!
Star of the Outhouse TV, Mike Lynch has become a well known face in Canadian comedy and has gained a large online following that continues to grow today. With his wide range of sketch characters, he has generated countless viral videos and garnered over 10 million views. For the past 4 years, his annual sketch and standup show “Getting To Know Me” has sold out 3 shows each year at the 900 seat, Holy Heart Theatre in St. John’s and continues to sell out shows all across the country. Making his mommy proud, Mike also has several tracks featured in Just For Laughs Originals on Sirius XM radio. He is a prolific creator and a relentless performer. This hilarious young talent is not to be missed.
facebook: https://www.facebook.com/MikeLynchComedy/

Born and raised in St. John’s, Newfoundland, Lisa developed a sharp wit and sense of humor that Newfoundlanders are known for. After starting a professional stand-up career on the island, she moved to Alberta, while maintaining her Newfie Princess status. Lisa won The Comic Strip’s Funniest Person with a Day Job competition in 2016. She has opened for big names such as Rob Schneider, Tom Green, and Paul Reiser. Lisa has been featured on CBC’s LOL program and multiple appearances on The Debaters, performed at the YYComedy Festival in Calgary and Just For Laughs Northwest. Lisa is currently burning up Tik Tok and her latest album “To Completion” has been featured on SiriusXM.
https://lisabakercomedy.com/

Bio for Cecil O’Brien was not available at press time. Rumour is that Cecil is holed up somewhere putting the finishing touches on his routine.