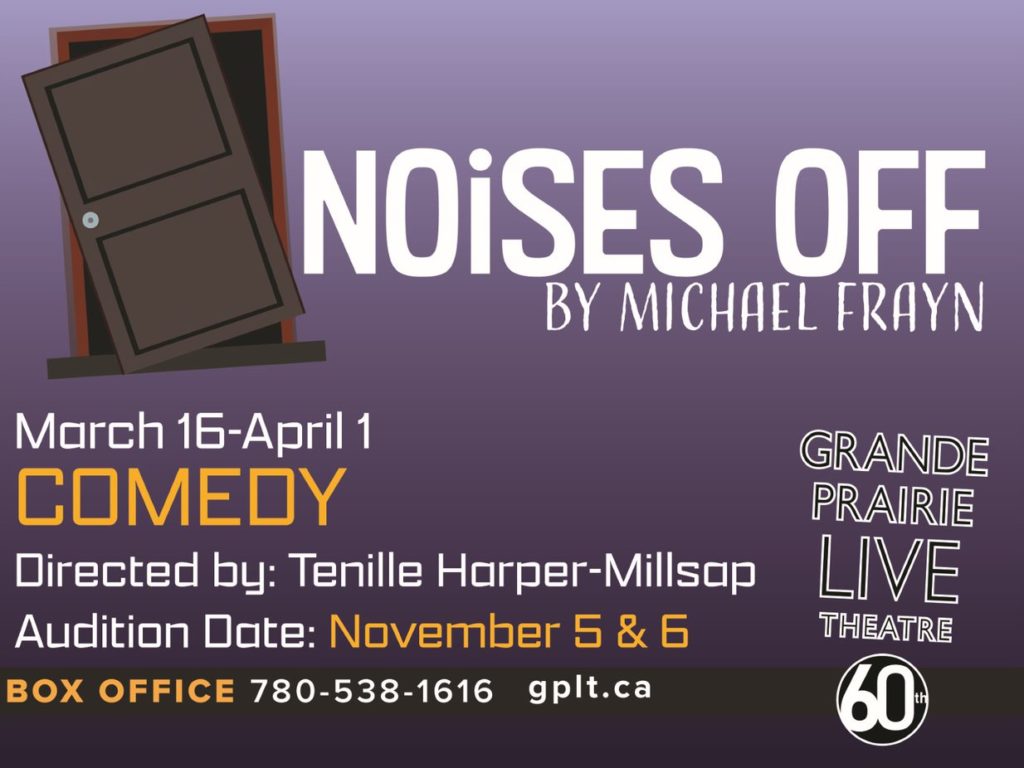 Tenille Harper Millsap has decided to direct a play first produced by GPLT in 1996. It was a runaway success back then and it will be again on this stage from March 16 to April 1. Audition dates are November 5 and 6.

The winner of Two Tony Awards, Two Drama Desk Awards, and Two Outer Circle Critics Awards this is ‘over the top” funny repeat is Noises Off by Michael Frayn.

“The most dexterously realized comedy ever about putting on a comedy. A spectacularly funny, peerless backstage farce. This dizzy, well-known romp is festival of delirium.” – The New York Times

“Noises Off” is presented by arrangement with Concord Theatricals on behalf of Samuel French, Inc. www.concordtheatricals.com