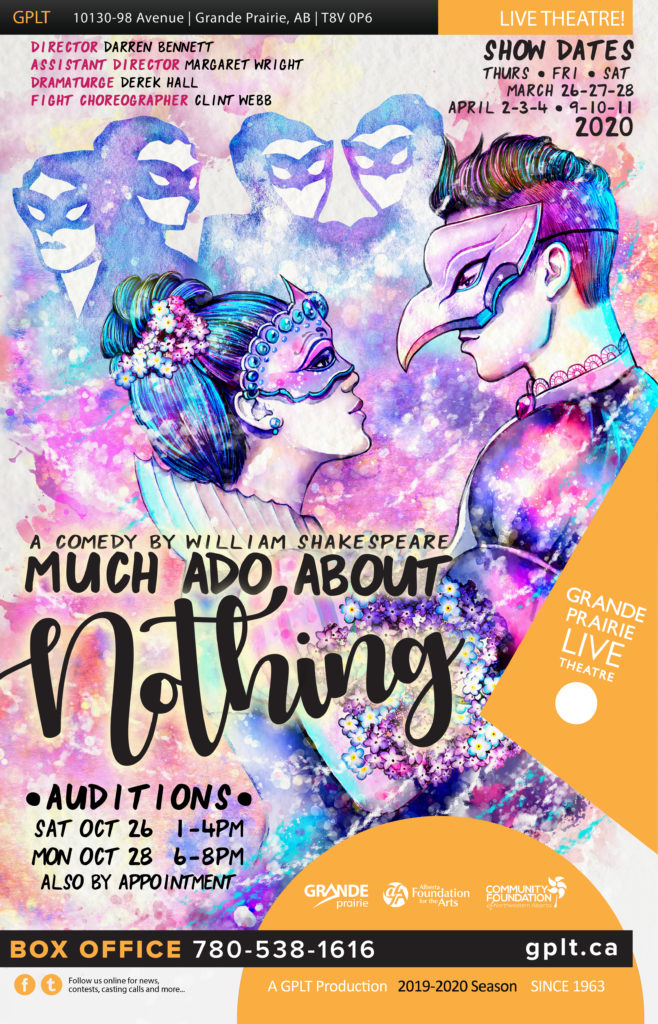 This Comedy will be postponed to a later date that will be announced later.

Much Ado About Nothing is a comedic play by William Shakespeare about misunderstandings, love and deception.

Benedick, Claudio and Don Pedro arrive at Leonato’s house in Messina. Beatrice and Benedick bicker with each other and Claudio, a soldier, falls in love with Leonato’s daughter, Hero.
Don John, who is Don Pedro’s evil half-brother, tricks Claudio into believing that he has seen Hero being unfaithful.
Meanwhile, Don Pedro and others plot to bring Benedick and Beatrice together. Claudio accuses Hero of infidelity and refuses to marry her. Leonato is persuaded to pretend that she is dead.
Hero’s innocence is proven and Claudio repents. He agrees to accept Innogen’s daughter in marriage and she turns out to be Hero after all! The trick to make Benedick and Beatrice fall in love succeeds and he proposes to her at the end of the play.