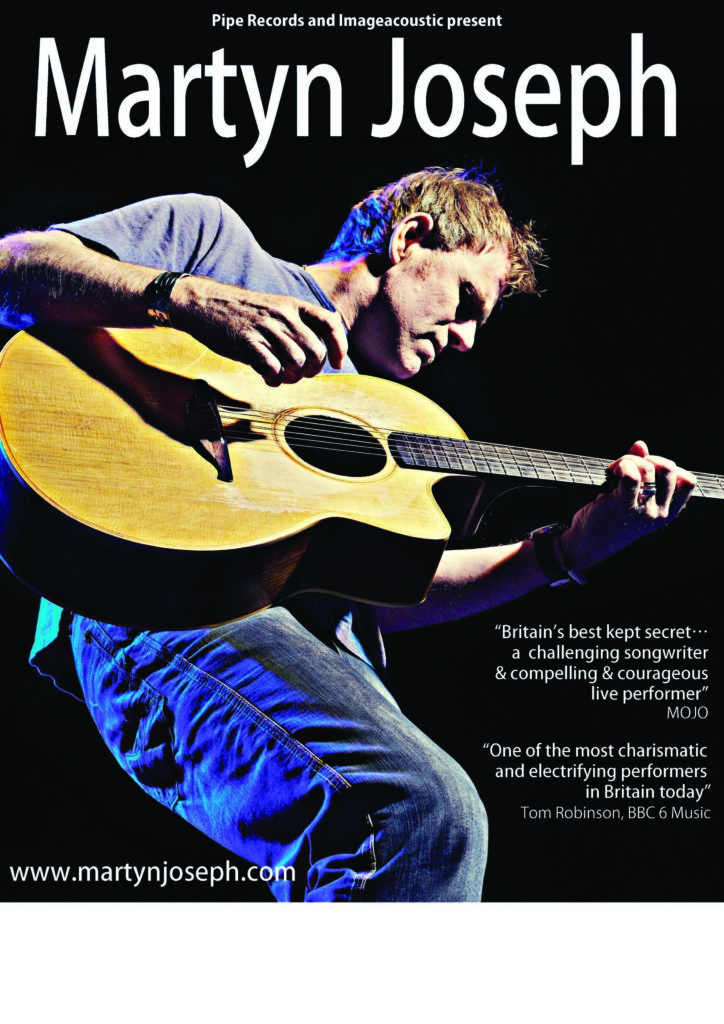 Thanks to the great people at the Bear Creek Folk Festival for bringing Martyn Joseph back to GP on Wednesday March 4 at 7:30 pm!! A fundraising concert for this summer’s festival.

Martyn Joseph is a completely unique and mind blowing artist. Take everything you think you know about singer songwriters….and rip it up. For one man and a guitar he creates a performance with a huge far-reaching sound that is energetic, compelling and passionate. Be it to two hundred people or twenty thousand, he blows the crowd away night after night.
He is gifted with the rare ability to speak to the soul with his expressive and poignant lyrics and has a career spanning 30 years, 32 albums, over a half a million record sales and thousands of live performances.
Compared to Bruce Springsteen, John Mayer, Bruce Cockburn and Dave Matthews, he has created his own style and reputation as a mesmerising live performer and stands in his own right, built on a reputation for giving what thousands have described as the best live music experience of their lives. A unique talent driven by passion, social awareness and love for his trade, he’s a jaw dropping guitar player who has developed a unique percussive style, teamed up with a powerful show stopping voice, and has been called “The Welsh Springsteen”
In addition to his 5 top 50 UK hits, the importance of his work has been recognised by programmes such as BBC Radio 2’s prime time series on Singer/Songwriters. Social justice has an essential presence throughout his music, which has been recognised with various humanitarian awards and plaudits.