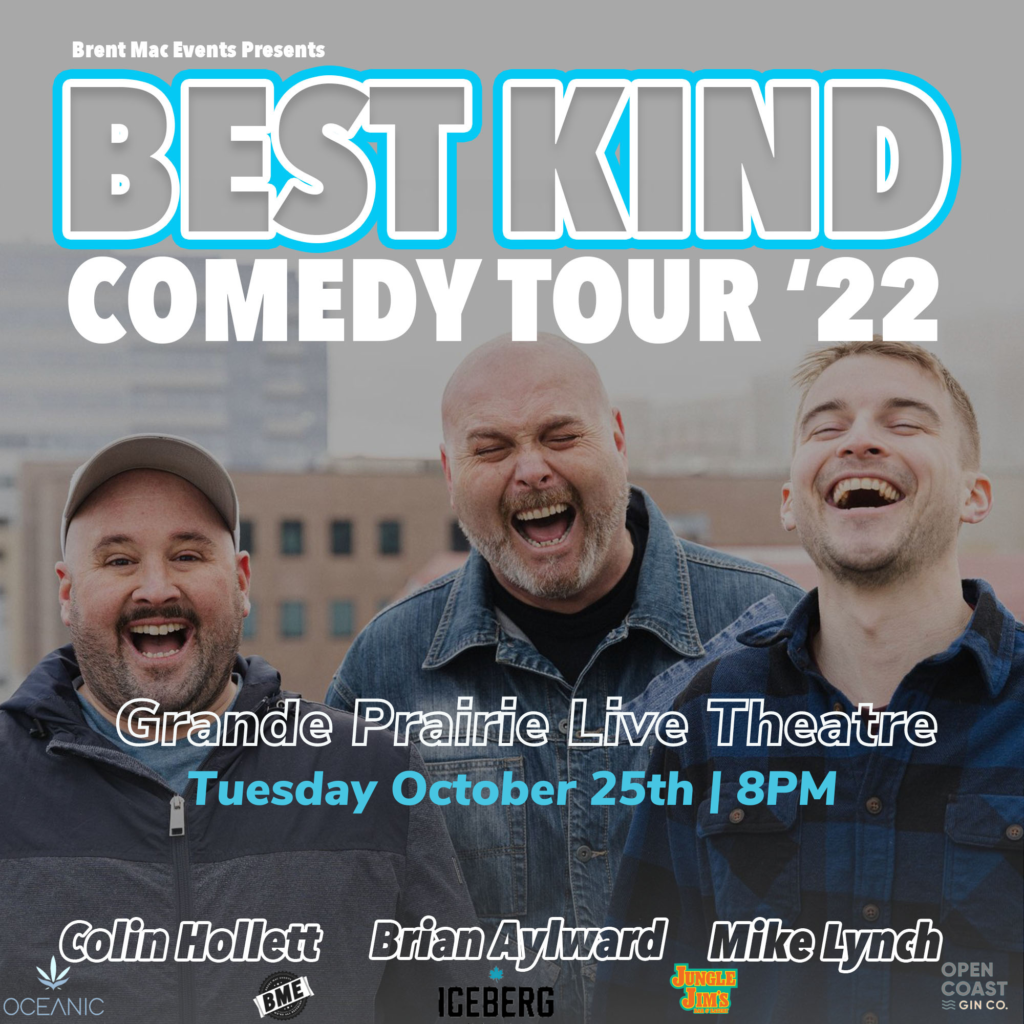 The Best Kind Comedy Tour features 3 of Newfoundland’s best comedians; Mike Lynch, Colin Hollett, and Brian Aylward. It has become one of Canada’s biggest independent comedy tours with 3 coast to coast tours and over 100 shows under their belt. They’ve sold over 20,000 tickets and have built a great following across the country. They are back with a brand new show in 2022!
Star of the Outhouse TV, Mike Lynch has become a well known face in Canadian comedy and has gained a large online following that continues to grow today. With his wide range of sketch characters, he has generated countless viral videos and garnered over 10 million views. For the past 4 years, his annual sketch and standup show “Getting To Know Me” has sold out 3 shows each year at the 900 seat, Holy Heart Theatre in St. John’s and continues to sell out shows all across the country. Making his mommy proud, Mike also has several tracks featured in Just For Laughs Originals on Sirius XM radio. He is a prolific creator and a relentless performer. This hilarious young talent is not to be missed.
facebook: https://www.facebook.com/MikeLynchComedy/