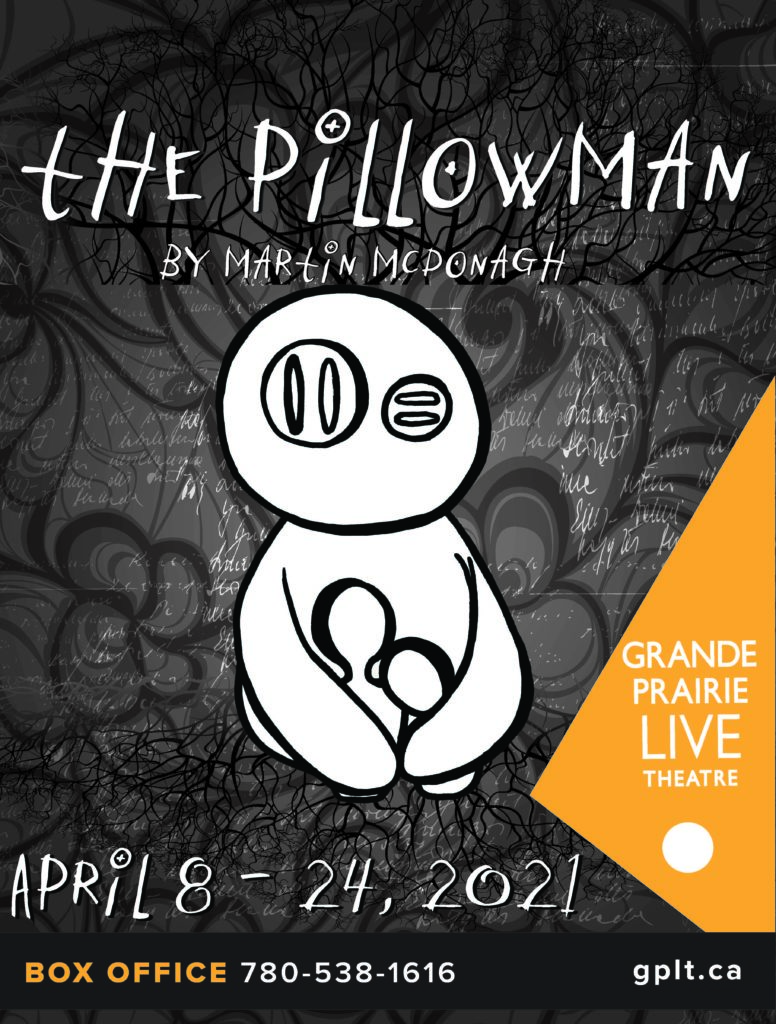 The Pillowman
By Martin McDonagh

Auditions are at GPLT on Wednesday December 2 @ 7-9 pm and Thursday December 3 @ 7-9 pm. Everyone is welcome. Dropins are welcome.

A perusal copy of the script is available at the Box Office for a $5 refundable deposit.

*Please note that roles are open to all gender identities*

2 Minute Contemporary Dark Comedic Monologue
Please pick up provided monologues and sign up for an audition slot at the Box Office.
If you have a dramatic/dark comedy monologue you feel passionately about
please first contact the director at tahniagetson@gmail.com.

C A L L B A C K S
Sunday, December 6 | 1pm-3pm
Callbacks: Please be prepared to read sides from the play at the audition.
Memorizing the sides is unnecessary, however, being familiar with them is strongly encouraged.